As we know the Brent crude oil futures are priced in U.S. Dollars (USD). The increase in value of the USD against other currencies and the recent decline in USD crude oil prices has logically different effects on oil importers and exporters as the EIA (U.S. Energy Information Administration) points out:

For example, the price of Brent crude since July 1, 2014, declined by 56% through January 21 in USD. However, given the depreciation of the Indian rupee and Turkish lira against the U.S. dollar over the same period, Brent crude prices in terms of those currencies fell by only 55% and 52%, respectively. Turkish and Indian consumers are therefore experiencing a lesser decline in the cost of imported oil products than consumers in countries that use USD or currencies with lesser or no depreciation against the USD.

On the other hand when Canada or Norway, both net oil exporters, convert their oil sales revenue from USD to their currencies the price of Brent crude in Canadian dollars or Norwegian kroner has fallen only 49% and 46%, since July.

Here is the post from EIA with more details. 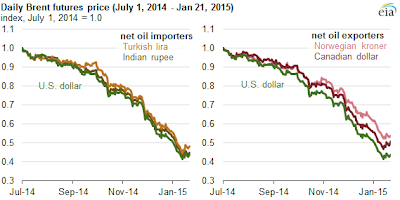 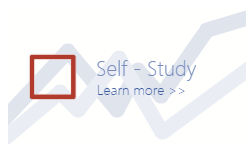